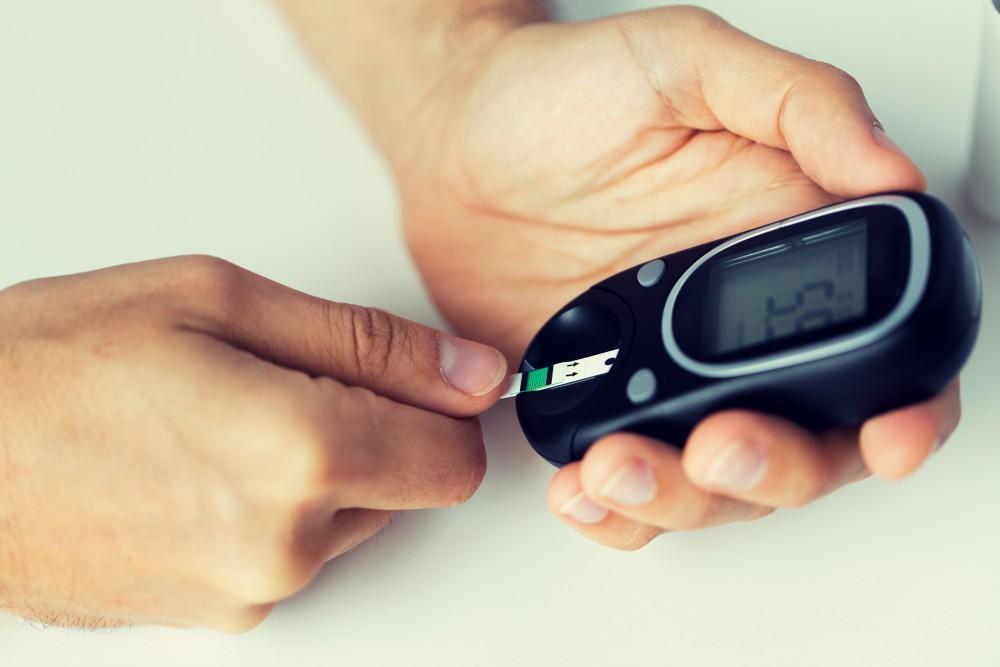 People with type 1 diabetes don’t produce insulin. You can think of it as not having a key.

People with type 2 diabetes don’t respond to insulin as well as they should and later in the disease often don’t make enough insulin. You can think of this as having a broken key.

Both types of diabetes can lead to chronically high blood sugar levels. That increases the risk of diabetes complications.

What are the symptoms of diabetes?

Both types of diabetes, if not controlled, share many similar symptoms, including:

Type 1 and type 2 diabetes may have similar names, but they are different diseases with unique causes.

Researchers don’t know why the immune system attacks the body’s own cells. It may have something to do with genetic and environmental factors, like exposure to viruses. Research is ongoing.

People with type 2 diabetes have insulin resistance. The body still produces insulin, but it’s unable to use it effectively. Researchers aren’t sure why some people become insulin resistant and others don’t, but several lifestyle factors may contribute, including excess weight and inactivity.

Other genetic and environmental factors may also contribute. When you develop type 2 diabetes, your pancreas will try to compensate by producing more insulin. Because your body is unable to effectively use insulin, glucose will accumulate in your bloodstream.

How common is diabetes?

Type 2 diabetes is much more common that type 1. According to the 2017 National Diabetes Statistics Report, there are 30.3 million people in the United States with diabetes. That’s close to 1 in 10 people. Among all these people living with diabetes, 90 to 95 percent have type 2 diabetes.

The percentage of people with diabetes increases with age. Less than 10 percent of the general population has diabetes, but among those 65 and older, the incidence rate reaches a high of 25.2 percent. Only about 0.18 percent of children under the age of 18 had diabetes in 2015.

Men and women get diabetes at roughly the same rate, but incidence rates are higher among certain races and ethnicities. American Indians and Alaskan Natives have the highest prevalence of diabetes among both men and women. The black and Hispanic populations have higher rates of diabetes than non-Hispanic whites.

What are the risk factors for type 1 and type 2 diabetes?

Risk factors for type 1 diabetes include:

You are at risk of developing type 2 diabetes if you:

It may be possible to lower your risk of developing type 2 diabetes through lifestyle changes:

How are type 1 and type 2 diabetes diagnosed?

The primary test for both type 1 and type 2 diabetes is known as the glycated hemoglobin (A1C) test. An A1C test is a blood test that determines your average blood sugar level for the past two to three months. Your doctor may draw your blood or give you a small finger prick.

How are type 1 and type 2 diabetes treated?

There’s no cure for type 1 diabetes. People with type 1 diabetes don’t produce insulin, so it must be regularly injected into your body. Some people take injections into the soft tissue, such as the stomach, arm, or buttocks, several times per day. Other people use insulin pumps. Insulin pumps supply a steady amount of insulin into the body through a small tube.

Blood sugar testing is an essential part of managing type 1 diabetes, because levels can go up and down quickly.

Type 2 diabetes can be controlled and even reversed with diet and exercise alone, but many people need extra support. If lifestyle changes aren’t enough, your doctor may prescribe medications that help your body use insulin more effectively.

With careful monitoring, you can get your blood sugar levels back to normal and prevent the development of serious complications.

Nutritional management is an important part of life for people living with diabetes.

People with type 2 diabetes need to focus on healthy eating. Weight loss is often a part of type 2 diabetes treatment plans, so your doctor may recommend a low-calorie meal plan. This could mean reducing your consumption of animal fats and junk food.