Gluten-Free Isn’t Just a Fad: What to Know About Celiac Disease, Non-Celiac Gluten Sensitivity, and 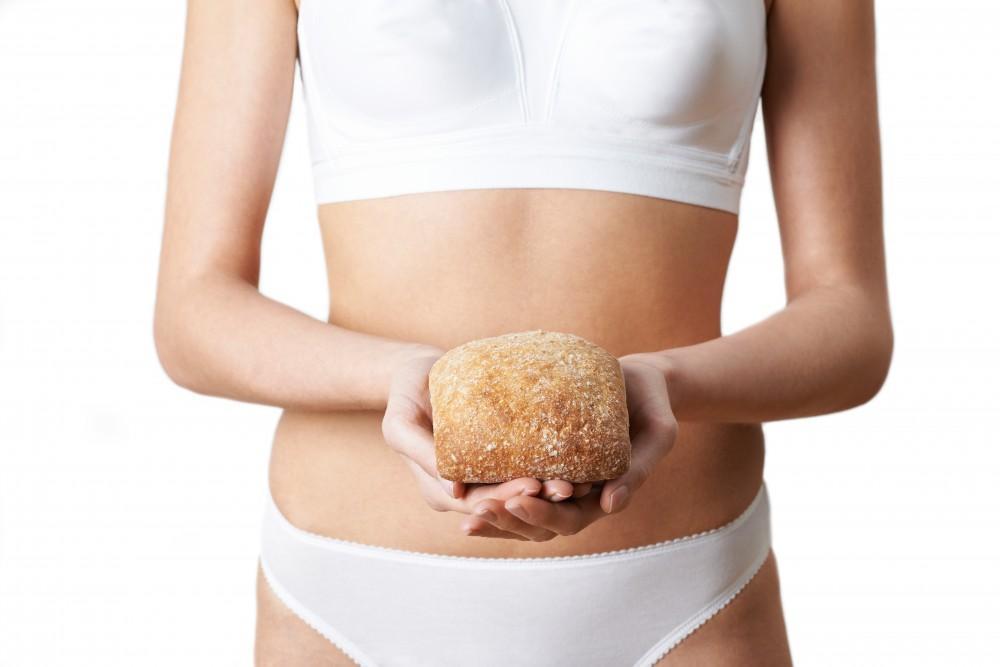 Why and how to go gluten-free

With the proliferation of gluten-free products and a host of similar-sounding medical conditions, there’s a lot of confusion about gluten these days.

Now that it’s trendy to eliminate gluten from your diet, those with an actual medical condition may be overlooked. If you’ve been diagnosed with celiac disease, non-celiac gluten sensitivity, or a wheat allergy, you may have a number of questions.

What makes your condition unique from others? What are the foods you can and can’t eat — and why?

Even without a medical condition, you may have wondered if removing gluten from your diet is good for general health.

Here’s a comprehensive look at these conditions, who needs to limit or avoid gluten, and what exactly that means for day-to-day food choices.

What is gluten and who needs to avoid it?

In simple terms, gluten is a name for a group of proteins found in grains like wheat, barley, and rye — they add elasticity and chewiness to breads, baked goods, pastas, and other foods.

For most people, there’s no health reason to avoid gluten. The theories that gluten promotes weight gain, diabetes, or thyroid dysfunction haven’t been confirmed in medical literature.

In fact, a diet that includes whole grains (many of which contain gluten) is associated with numerous positive outcomes, like reduced risk of heart diseaseTrusted Source, type 2 diabetesTrusted Source, and colon cancerTrusted Source.

However, there are health conditions that require limiting or removing gluten and foods containing gluten from the diet: celiac disease, wheat allergy, and non-celiac gluten sensitivity.

Each comes with differences in symptoms — some subtle and some dramatic — as well as different dietary restrictions. Here’s what you need to know:

Celiac disease is an autoimmune disorder that affects around 1 percentTrusted Source of Americans, though more may be undiagnosed.

When people with celiac disease eat gluten, it triggers an immune response that damages their small intestine. This damage shortens or flattens the villi — absorbent finger-like projections that line the small intestine. As a result, the body can’t properly absorb nutrients.

There’s currently no other treatment for celiac disease except the complete exclusion of gluten. Therefore, people with this condition must be vigilant about eliminating all gluten-containing foods from their diet.

Some people report mood changes like a feeling of depression. Others don’t experience any obvious symptoms in the short-term.

Left untreated, celiac disease can lead to serious health issues in the long-term, such as:

Celiac disease is also commonly related to other autoimmune conditions, so someone with celiac disease has a higher risk of developing a concurrent disorder that attacks the immune system.

Doctors diagnose celiac disease in one of two ways. First, blood tests can identify antibodies that indicate an immune reaction to gluten.

Alternatively, the “gold standard” diagnostic test for celiac disease is a biopsy conducted via endoscopy. A long tube gets inserted into the digestive tract to remove a sample of the small intestine, which can then be tested for signs of damage.

Foods to avoid for celiac disease

If you’ve been diagnosed with celiac disease, you’ll need to avoid all foods that contain gluten. This means all products that contain wheat.

Some common wheat-based products include:

Many grains that don’t have wheat in their name are actually variants of wheat and must also stay off the menu for people with celiac disease. These include:

Several other grains besides wheat contain gluten. They are:

A wheat allergy is, quite simply, an allergic reaction to wheat. Like any other food allergy, an allergy to wheat means that your body creates antibodies to a protein that wheat contains.

For some people with this allergy, gluten may be the protein that causes an immune response — but there are several other proteins in wheat that could also be the culprit, such as albumin, globulin, and gliadin.

Because anaphylaxis can be life-threatening, people with a wheat allergy should carry an epinephrine autoinjector (EpiPen) with them at all times.

Doctors use various tools to diagnose a wheat allergy. In a skin test, wheat protein extracts are applied to pricked skin on the arms or back. After about 15 minutes, a medical professional can check for allergic reactions, which appear as a raised red bump or “wheal” on the skin.

A blood test, on the other hand, measures antibodies to wheat proteins.

However, since skin and blood tests yield a false positive 50 to 60 percent of the time, food journals, diet history, or an oral food challenge are often necessary to determine a true wheat allergy.

An oral food challenge involves consuming increasing amounts of wheat under medical supervision to see if or when you have an allergic reaction. Once diagnosed, people with this condition need to steer clear of all wheat-containing foods.

Foods to avoid with wheat allergy

Not surprisingly, there’s a lot of overlap between the foods people with celiac disease and wheat allergy must avoid.

Like those with celiac disease, people with wheat allergy shouldn’t eat any of the wheat-based foods or grain variants of wheat listed above.

Unlike those with celiac disease, however, people with wheat allergy are free to eat barley, rye, and wheat-free oats (unless they have a confirmed co-allergy to these foods).

While celiac disease and wheat allergy have a long history of medical recognition, non-celiac gluten sensitivity (NCGS) is a relatively new diagnosis — and it hasn’t been without controversy, since symptoms of NCGS may be vague or unrepeatable from one gluten exposure to the next.

These symptoms can appear within hours, or may take days to develop. Due to lack of research, long-term health implications of NCGS are unknown.

Research has yet to pinpoint the mechanism that causes NCGS. It’s clear that NCGS doesn’t damage villi or cause harmful intestinal permeability. For this reason, someone with NCGS won’t test positive for celiac disease, and NCGS is considered a less severe condition than celiac.

There’s no single accepted test for diagnosing NCGS. “A diagnosis is based on symptoms,” says dietitian Erin Palinski-Wade, RD, CDE.

“Although some clinicians will use testing of saliva, stool, or blood to identify sensitivities to gluten, these tests have not been validated, which is why they are not accepted as official ways to diagnosis this sensitivity,” she adds.

As with a wheat allergy, keeping track of food intake and any symptoms in a journal may prove useful for identifying NCGS.

A diagnosis of non-celiac gluten sensitivity does call for completely removing gluten from the diet, at least temporarily.

To minimize uncomfortable symptoms, someone with NCGS should stay away from the same list of foods as someone with celiac disease, including all wheat products, wheat variants, and other gluten-containing grains.

Fortunately, unlike celiac disease, an NCGS diagnosis may not last forever.

“If someone can decrease their overall stress on their immune system by eliminating other foods or chemicals that are eliciting an immune response, then they may be able to eventually reintroduce gluten in small or normal amounts,” says Angelone.

Palinski-Wade says that, for people with NCGS, paying attention to symptoms is key to determining how much gluten they can eventually reintroduce.

“Using food journals and elimination diets along with the tracking of symptoms, many individuals with gluten sensitivity can find a level of comfort that works best for them,” she says.

If you’ve been diagnosed with NCGS, work with a doctor or dietitian who can supervise the process of eliminating or adding back foods to your diet.

Hidden sources of gluten and wheat

As many people on a gluten-free diet have discovered, steering clear of gluten isn’t as easy as cutting out breads and cake. A number of other foods and non-food substances are surprising sources of these ingredients. Be aware that gluten or wheat may be hiding in unexpected places, such as the following:

Keywords to watch for

Processed foods are often enhanced with additives, some of which are wheat-based — even though their names might not appear so.

A number of ingredients are “code” for wheat or gluten, so savvy label reading is essential on a gluten-free diet:

Many companies are now adding a “certified gluten-free” label to their products. This stamp of approval means the product has been shown to contain less than 20 parts of gluten per million — but is entirely optional.

Although it’s required to state certain allergens in food, the FDA doesn’t require food producers to state that their product contains gluten.

When in doubt, it’s a good idea to check with the manufacturer to confirm whether a product contains wheat or gluten.

Navigating breakfast, lunch, dinner, and snack time without gluten can be challenging, especially at first. So what can you actually eat? Try replacing some of these common food items with their gluten-free alternatives.

Removing wheat or gluten from your diet is a major lifestyle change that may seem overwhelming at first. But the longer you practice making the right food choices for your health, the more it will become second nature — and, quite likely, the better you’ll feel.

Remember to always consult with a health professional before you make any major changes to your diet or if you have any questions about your individual health. 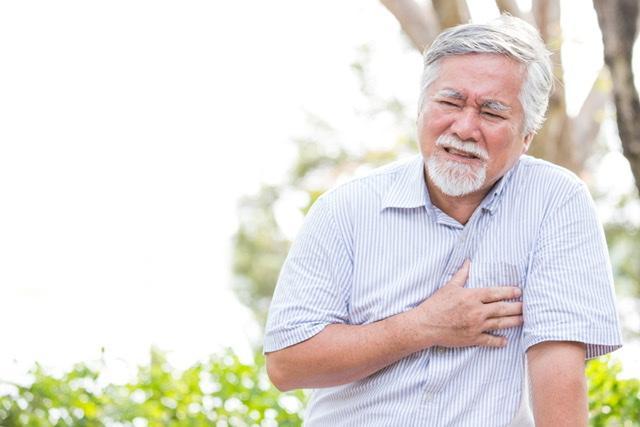 One of the biggest questions people have had the last few weeks is whether a symptom they’re having is COVID-19 or something else. A runny nose … sore throat … chest pain. 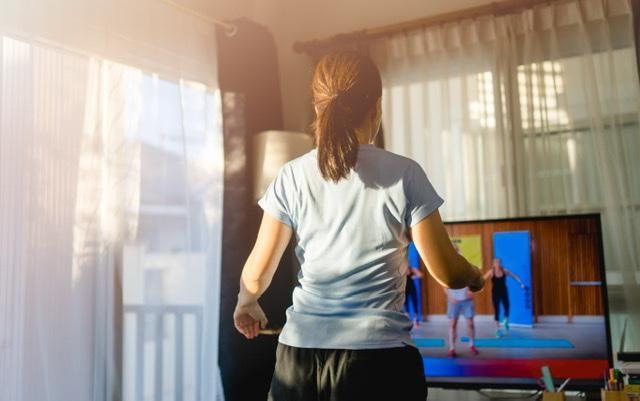 5 Ways to Arm Your Immune System Against COVID-19

You’re being careful to avoid COVID-19 infection – you’re staying home, washing your hands, and wiping down surfaces. Another way you can protect yourself and your family is to prepare your immune system to fight the virus if you do get infected. 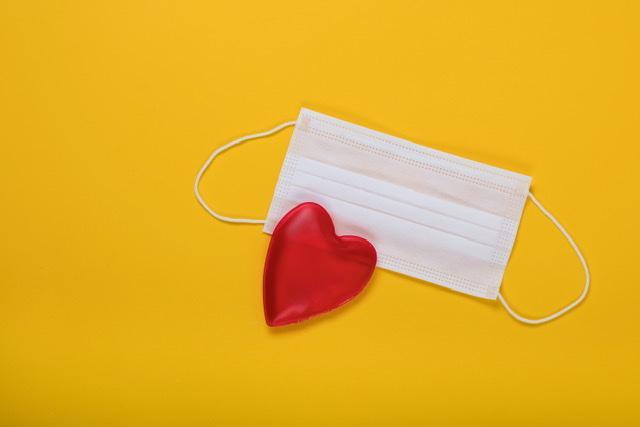 Heart Disease and COVID-19: Answers From a Cardiologist

As COVID-19 continues its devastating spread across the country and the world, we are learning new information daily that is important for those with heart disease who want to stay healthy. 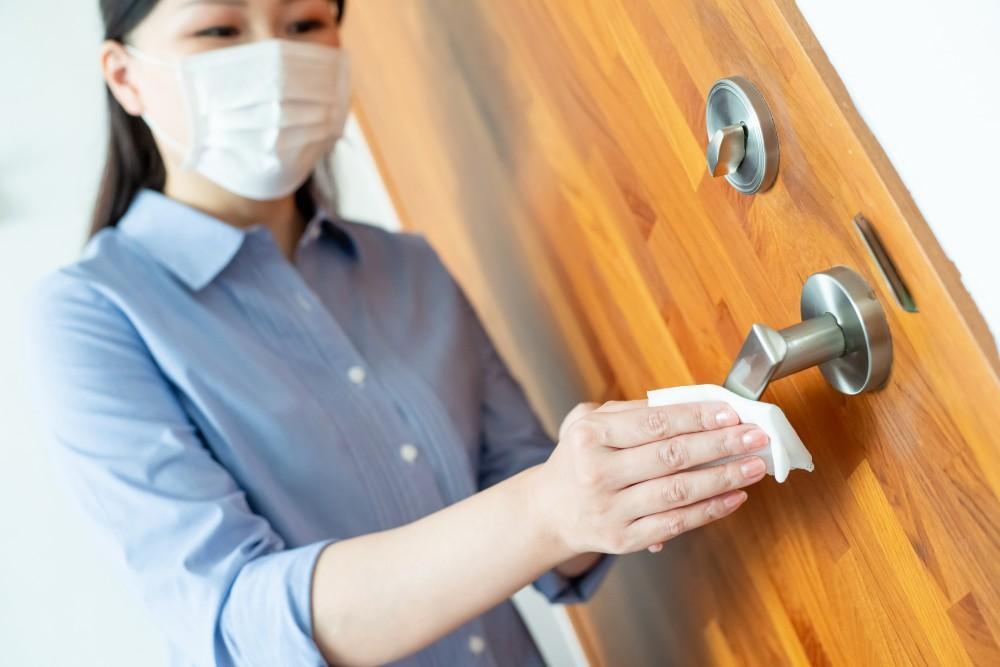 How Long Does the Coronavirus Live on Surfaces?

The coronavirus that causes COVID-19 mainly spreads from person to person. When someone who is infected coughs or sneezes, they send droplets containing the virus into the air. 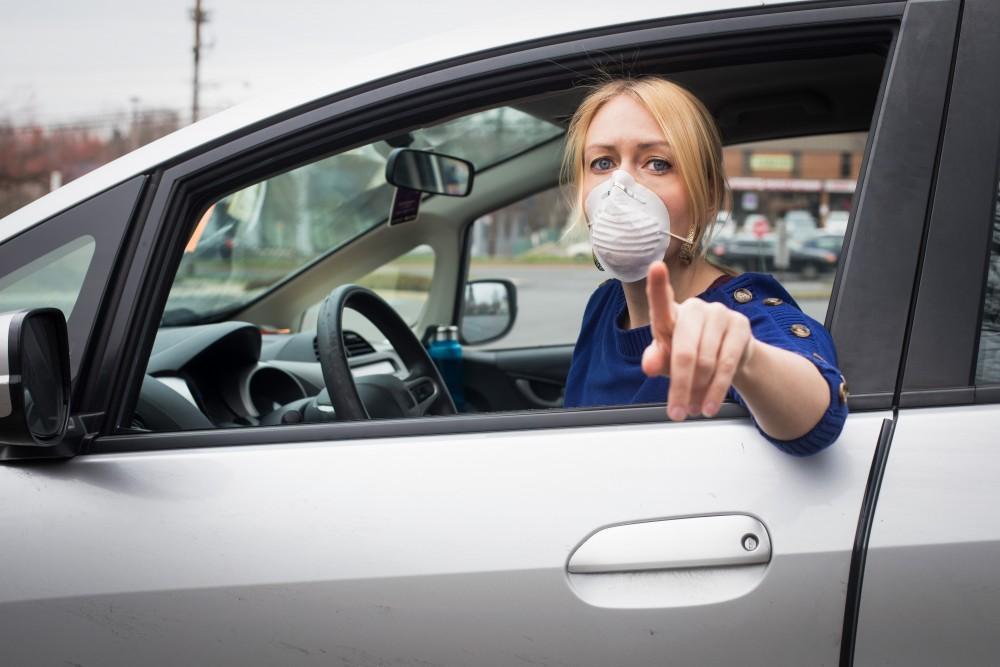 Preparing for Coronavirus: Dos and Don’ts

With cases in all 50 states and the District of Columbia, coronavirus (and COVID-19, the disease it causes) is spreading rapidly in the United States. Here’s what you need to know to protect yourself right now: 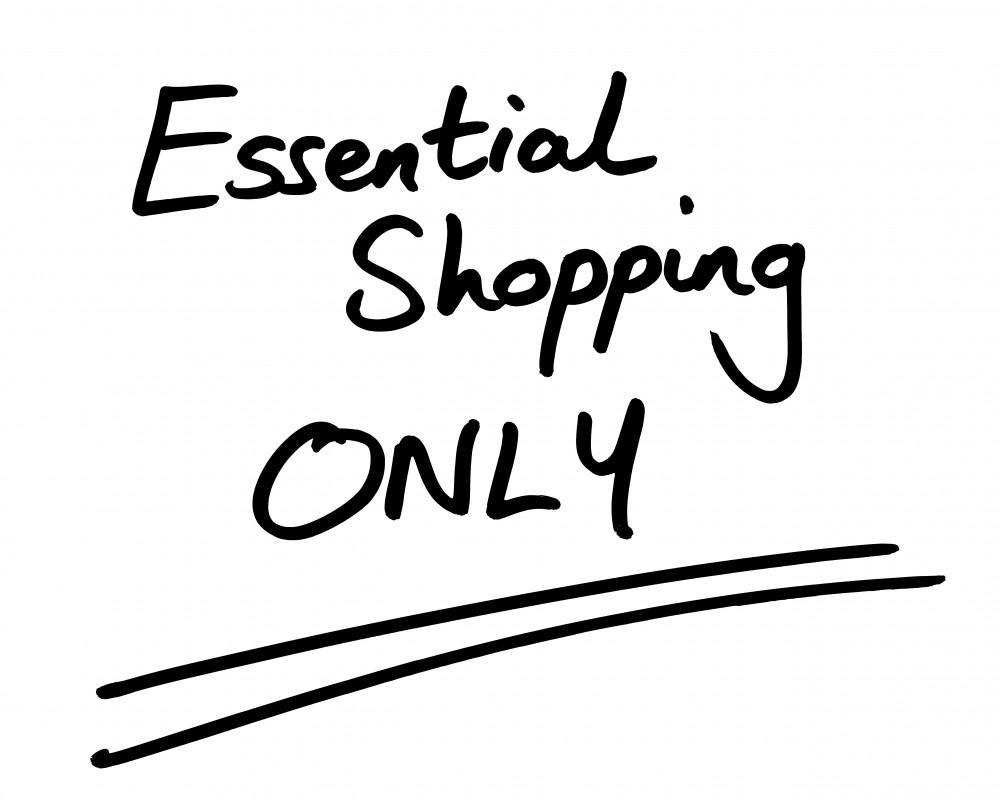 What ‘essential’ errands? How do you do them safely?

Even if lockdown orders aren’t in effect where you live, it’s important that we all physically distance ourselves from others to prevent more sickness and death.This means leaving home only for essential errands.