Everything You Need to Know About ADHD 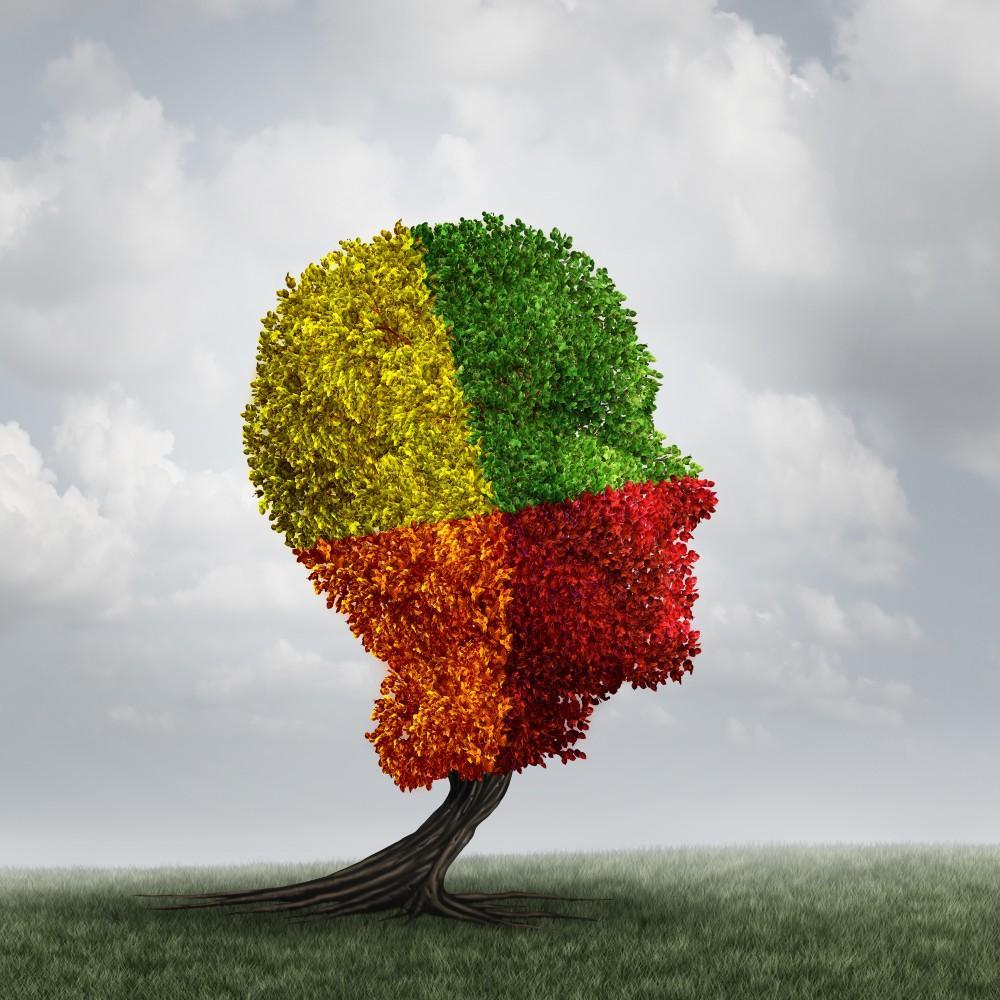 Attention deficit hyperactivity disorder (ADHD) is a mental health disorder that can cause above-normal levels of hyperactive and impulsive behaviors. People with ADHD may also have trouble focusing their attention on a single task or sitting still for long periods of time.

Both adults and children can have ADHD. It’s a diagnosis the American Psychiatric Association (APA) recognizes. Learn about types of ADHD and symptoms in both children and adults.

A wide range of behaviors are associated with ADHD. Some of the more common ones include:

If you or your child has ADHD, you may have some or all of these symptoms. The symptoms you have depend on the type of ADHD you have. Explore a list of ADHD symptoms common in children.

To make ADHD diagnoses more consistent, the APA has grouped the condition into three categories, or types. These types are predominantly inattentive, predominantly hyperactivity-impulsive, and a combination of both.

As the name suggests, people with this type of ADHD have extreme difficulty focusing, finishing tasks, and following instructions.

Experts also think that many children with the inattentive type of ADHD may not receive a proper diagnosis because they don’t tend to disrupt the classroom. This type is most common among girls with ADHD.

People with this type of ADHD show primarily hyperactive and impulsive behavior. This can include fidgeting, interrupting people while they’re talking, and not being able to wait their turn.

Although inattention is less of a concern with this type of ADHD, people with predominantly hyperactive-impulsive ADHD may still find it difficult to focus on tasks.

This is the most common type of ADHD. People with this combined type of ADHD display both inattentive and hyperactive symptoms. These include an inability to pay attention, a tendency toward impulsiveness, and above-normal levels of activity and energy.

The type of ADHD you or your child has will determine how it’s treated. The type you have can change over time, so your treatment may change, too. Learn more about the three types of ADHD.

You may have heard the terms “ADD” and “ADHD” and wondered what the difference is between them.

ADD, or attention deficit disorder, is an outdated term. It was previously used to describe people who have problems paying attention but aren’t hyperactive. The type of ADHD called predominantly inattentive is now used in place of ADD.

ADHD is the current overarching name of the condition. The term ADHD became official in May 2013, when the APA released the Diagnostic and Statistical Manual of Mental Disorders, Fifth Edition (DSM-5).

This manual is what doctors refer to when making diagnoses for mental health conditions. Get a better understanding of the difference between ADD and ADHD.

More than 60 percentTrusted Source of children with ADHD still exhibit symptoms as adults. But for many people, ADHD symptoms decrease or become less frequent as they get older.

That said, treatment is important. Untreated ADHD in adults can have a negative impact on many aspects of life. Symptoms such as trouble managing time, forgetfulness, and impatience can cause problems at work, home, and in all types of relationships. Find out more about the signs and symptoms of ADHD in adults and how they can impact your life.

One in 10Trusted Source children between ages 5 to 17 years receives an ADHD diagnosis, making this one of the most common childhood neurodevelopmental disorders in the United States.

For children, ADHD is generally associated with problems at school. Children with ADHD often have trouble succeeding in a controlled classroom setting.

Many symptoms of ADHD can be typical childhood behaviors, so it can be hard to know what’s ADHD-related and what’s not. Learn more about how to recognize ADHD in toddlers.

Despite how common ADHD is, doctors and researchers still aren’t sure what causes the condition. It’s believed to have neurological origins. Genetics may also play a role.

ResearchTrusted Source suggests that a reduction in dopamine is a factor in ADHD. Dopamine is a chemical in the brain that helps move signals from one nerve to another. It plays a role in triggering emotional responses and movements.

Other researchTrusted Source suggests a structural difference in the brain. Findings indicate that people with ADHD have less gray matter volume. Gray matter includes the brain areas that help with:

There’s no single test that can tell if you or your child has ADHD. A recent studyTrusted Source highlighted the benefits of a new test to diagnose adult ADHD, but many clinicians believe an ADHD diagnosis can’t be made based on one test.

To make a diagnosis, your doctor will assess any symptoms you or your child has had over the previous six months.

Your doctor will likely gather information from teachers or family members and may use checklists and rating scales to review symptoms. They’ll also do a physical exam to check for other health problems. Learn more about ADHD rating scales and what they can and cannot do.

If you suspect that you or your child has ADHD, talk to your doctor about getting an evaluation. For your child, you can also talk to their school counselor. Schools regularly assess children for problems that may be affecting their educational performance.

For the assessment, provide your doctor or counselor with notes and observations about you or your child’s behavior.

If they suspect ADHD, they may refer you or your child to an ADHD specialist. Depending on the diagnosis, they may also suggest making an appointment with a psychiatrist or neurologist.

Treatment for ADHD typically includes behavioral therapies, medication, or both.

Types of therapy include psychotherapy, or talk therapy. With talk therapy, you or your child will discuss how ADHD affects your life and ways to help you manage it.

Another therapy type is behavioral therapy. This therapy can help you or your child with learning how to monitor and manage your behavior.

Medication can also be very helpful when you’re living with ADHD. ADHD medications are designed to affect brain chemicals in a way that enables you to better control your impulses and actions.

Find out more about treatment options and behavioral interventions that can help ease ADHD symptoms.

The two main types of medications used to treat ADHD are stimulants and nonstimulants.

Central nervous system (CNS) stimulants are the most commonly prescribed ADHD medications. These drugs work by increasing the amounts of the brain chemicals dopamine and norepinephrine.

Examples of these drugs include methylphenidate (Ritalin) and amphetamine-based stimulants (Adderall).

These medications include atomoxetine (Strattera) and some antidepressants such as bupropion (Wellbutrin).

ADHD medications can have many benefits, as well as side effects. Learn more about medication options for adults with ADHD.

In addition to — or instead of — medication, several remedies have been suggested to help improve ADHD symptoms.

For starters, following a healthy lifestyle may help you or your child manage ADHD symptoms. The Centers for Disease Control and Prevention (CDC)Trusted Source recommends the following:

Mindfulness meditation is another option. ResearchTrusted Source in adults and teens has shown meditation to have positive effects on attention and thought processes, as well as on anxiety and depression.

Avoiding certain allergens and food additives are also potential ways to help reduce ADHD symptoms. Learn more about these and other nondrug approaches to addressing ADHD.

Is ADHD a disability?

While ADHD is a neurodevelopmental disorder, it’s not considered a learning disability. However, ADHD symptoms can make it harder for you to learn. Also, it’s possible for ADHD to occur in some individuals who also have learning disabilities.

To help relieve any impact on learning for children, teachers can map out individual guidelines for a student with ADHD. This may include allowing extra time for assignments and tests or developing a personal reward system.

Although it’s not technically a disability, ADHD can have lifelong effects. Learn more about the potential impacts of ADHD on adults and children and resources that can help.

This may feel like an unfair double whammy, but know that treatments are available for both conditions. The treatments often overlap. Talk therapy can help treat both conditions. Also, certain antidepressants, such as bupropion, can sometimes help ease ADHD symptoms.

Of course, having ADHD doesn’t guarantee that you’ll have depression, but it’s important to know it’s a possibility. Find out more about the link between ADHD and depression.

Tips for coping with ADHD

If you or your child has ADHD, a consistent schedule with structure and regular expectations may be helpful. For adults, using lists, keeping a calendar, and setting reminders are good ways to help you get and stay organized. For children, it can be helpful to focus on writing down homework assignments and keeping everyday items, such as toys and backpacks, in assigned spots.

Your doctor can provide more guidance in ways to manage your ADHD symptoms. Here are tips for helping your child with ADHD manage daily tasks and activities, from getting ready for school in the morning to applying for college.

For children and adults, untreated ADHD can have a serious impact on your life. It can affect school, work, and relationships. Treatment is important to lessen the effects of the condition.

But it’s still important to keep in mind that many people with ADHD enjoy fulfilling and successful lives. Some even tout the benefits of the condition.

If you think you or your child may have ADHD, your first step should be talking to your doctor. They can help determine if ADHD is a factor for you or your child. Your doctor can help you create a treatment plan to help you manage your symptoms and live well with ADHD.