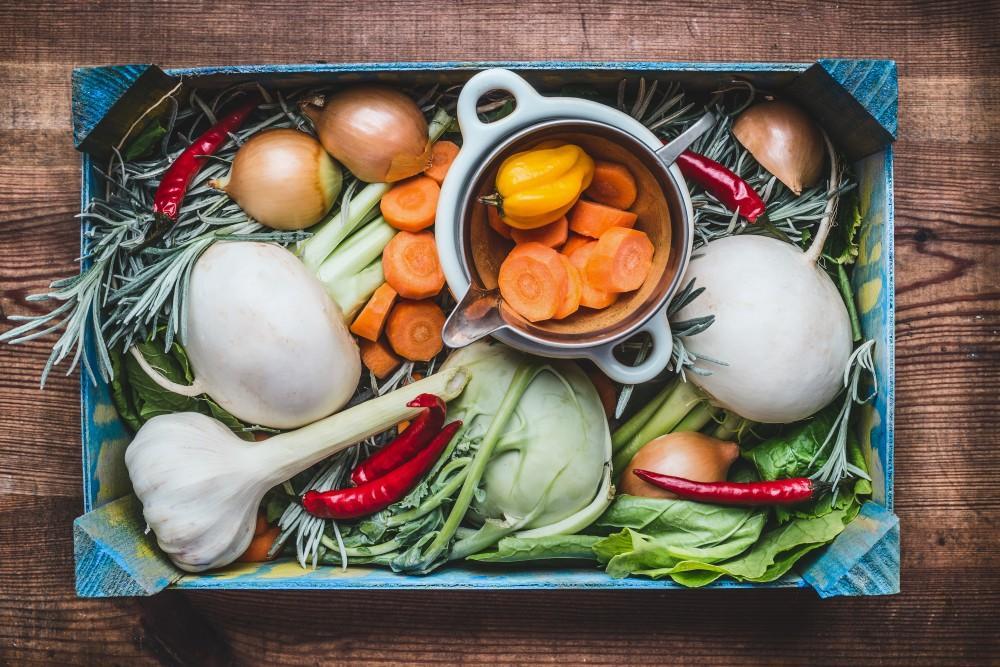 The vegan diet has risen in popularity in recent years as an increasing number of people adopt this way of eating for its purported health benefits and ethics surrounding animal treatment.

It has not only attracted the interest of the general population but also that of athletes — including bodybuilders.

This article reviews the vegan diet for bodybuilding, lists foods to include and avoid, and provides a sample 5-day meal plan.

What is a vegan bodybuilding diet?

Bodybuilders strive to develop their musculature through intensive resistance training for aesthetic purposes.

Nutrition plays a key role in the process of muscular development. It’s generally accepted that for optimal muscle growth to occur, protein intake should be rather high at around 0.7–1.0 grams per pound (1.6–2.2 grams per kg) of body weight per day (1Trusted Source).

A calorie surplus of 10–20% is also beneficial for gaining muscle mass, especially for those who are not brand new to training (1Trusted Source).

Traditional bodybuilding diets include a lot of animal source foods due to their high protein and calorie content.

The vegan bodybuilding diet is devoid of all animal products and higher in protein than traditional vegan diets (2Trusted Source).

This presents a challenge for bodybuilders following a vegan diet, as plant-based proteins tend to be of lower quality than their animal-based counterparts, which can affect muscle gain (3Trusted Source, 4Trusted Source).

Therefore, it takes careful planning to ensure sufficient intake of protein, calories, and several micronutrients that a vegan diet may lack.

The vegan bodybuilding diet also changes during different stages of a bodybuilder’s life, such as whether they’re in their off-season or undergoing contest preparation, when fat loss is common.

How to implement the diet

While implementing a vegan diet may seem quite simple, it takes a good deal of planning to ensure you’re eating complete meals.

The vegan bodybuilding diet includes several staple foods on which many of the meals are based.

To start the vegan bodybuilding diet, it’s beneficial to plan out 5–7 days of meals to ensure you have all of the ingredients, as many vegan recipes require several items.

If you’re transitioning from a traditional diet, it may help to slowly incorporate more vegan foods into your regular diet before fully switching over.

When following a vegan bodybuilding diet, it’s important to get enough protein to aid your muscle-building goals.

Considering that many vegan protein sources usually do not contain all of the essential amino acids, higher amounts and a wider variety of these foods need to be eaten to regularly meet your needs.

Filling up on high protein vegan foods, such as seitan, tofu, legumes, and quinoa, can help you meet your protein needs to maximize muscle gain.

Vegan protein powders can also help you meet your protein needs by providing concentrated sources of protein surrounding workouts and throughout the day.

Make sure to eat enough fat

By consuming sufficient amounts of fat, you obtain the calories needed to promote muscle gain, as fat provides twice the number of calories as carbs and protein per gram.

The general recommendation for fat intake for off-season bodybuilders is 0.5 grams per pound (1 gram per kg) of body weight daily (1Trusted Source).

This equates to around 80 grams of fat per day for a male bodybuilder weighing 175 pounds (80 kg).

When embarking on a vegan bodybuilding diet, it may help to track your intake of macronutrients — protein, carbs, and fat — for the first few weeks to ensure you’re meeting your needs.

Given that a vegan bodybuilding diet tends to be high in fruits, vegetables, grains, and legumes, fiber intake can become quite high.

When you significantly increase your fiber intake, certain side effects can arise, such as bloating, excessive flatulence, and abdominal pain (5).

Drinking enough water is one way to help prevent complications from a high fiber vegan diet. A minimum of 1 ml of fluid per calorie is a good place to start (6Trusted Source).

For example, if you’re eating a 2,000-calorie diet, aim for 2,000 ml (68 ounces) of fluids. Still, keep in mind that your water needs may vary, especially when you’re exercising.

Education plays an important role in following a vegan diet and can set apart a successful diet from an unsuccessful one.

Given that the vegan diet prohibits the intake of several food groups, it puts followers at risk of certain nutrient deficiencies.

To prevent these, it’s crucial to know which foods provide the key nutrients the diet may otherwise lack.

Fortunately, with the rise in popularity of the vegan diet, educational resources have been created that can lead you in the right direction.

Implementing the vegan bodybuilding diet requires a good deal of planning and education. Ensuring adequate protein and calorie intake, including plenty of fat, and drinking enough water are three major aspects that should not be overlooked.

The vegan diet has been associated with several potential health benefits.

This may be partly attributed to a reduced intake of saturated fats and cholesterol and a higher intake of fiber and various plant compounds.

Traditionally, vegans tend to have lower blood pressure and levels of total and LDL (bad) cholesterol than the general population (7Trusted Source).

Moreover, the vegan bodybuilding diet is high in fruits and vegetables, which contain a good amount of dietary fiber. High fiber intake has been associated with a lower incidence of stroke and heart disease (8Trusted Source).

Can promote a healthy body weight

Those following a vegan diet typically have a lower body mass index (BMI) than those following a traditional Western diet, which reduces the risk of several disease factors (7Trusted Source).

One 16–week study looked at the effects of the vegan diet on 75 people with excess weight. It found the vegan diet to be more effective at improving body weight, fat mass, and insulin resistance markers than a control diet (9Trusted Source).

Therefore, if you’re starting out on your bodybuilding journey with a bit of weight to lose, the vegan diet may be beneficial in that regard.

May protect against certain cancers

Following a vegan diet has been associated with a reduced risk of various types of cancer, compared with a traditional Western diet (10Trusted Source).

This effect is likely due to the increased legume, fruit, and vegetable intakes associated with the vegan diet, which lead to higher fiber, micronutrient, and phytonutrient intakes (11Trusted Source).

The vegan diet has also been linked to a reduction in BMI. A high BMI is another risk factor for certain types of cancer (12Trusted Source).

What’s more, eating more soy, which is typical of those following a vegan diet, has been associated with a reduction in breast cancer risk in women (13Trusted Source).

Lastly, various levels of processed red meat intake have been linked to a higher risk of colorectal cancer. This increased risk does not apply to those following a vegan diet (14Trusted Source).

Some downsides of the vegan bodybuilding diet

While the vegan bodybuilding diet appears to have numerous potential benefits, it comes with some downsides to consider.

Can increase your risk of nutrient deficiencies

The main downside of the vegan bodybuilding diet is an increased risk of several nutrient deficiencies.

By excluding animal products from your diet, your intake of various essential nutrients is reduced — primarily calcium, omega-3s, iron, zinc, and vitamins B12 and D (7Trusted Source).

You may need to take a vegan multivitamin to ensure proper intake of the above nutrients. Vegan omega-3 supplements are also available, which are usually made from algae.

While these nutrients can be obtained from fortified vegan foods, nutrition education plays an important role when starting a vegan diet.

Another potential downside of the vegan bodybuilding diet is its excessively high fiber intake.

While a high fiber intake is generally considered healthy, consuming too much fiber can cause digestive issues, such as bloating, excessive flatulence, and abdominal pain (5).

The recommended dietary fiber intake is 14 grams per 1,000 calories, which is around 25 grams for women and 38 grams for men. This amount is easily exceeded on a vegan diet (15Trusted Source).

Excessive fiber intake can also lead to a feeling of fullness and reduced appetite. While this may be beneficial for some populations, it could limit bodybuilding progress if sufficient calories are not consumed (16Trusted Source, 17Trusted Source).

Can be tough to meet protein and calorie needs

Given that a vegan bodybuilding diet mainly consists of nutrient-dense, high fiber foods, it may be difficult to meet protein and calorie needs without proper planning.

Vegan diets tend to be lower in calories than traditional diets, due to the exclusion of many higher calorie, animal-based food items.

Thus, following a vegan bodybuilding diet may make it challenging to eat more calories than your body burns to support your bodybuilding goals.

This can be counteracted by increasing portion sizes, adding healthy fats to your meals, and eating cooked vegetables as opposed to raw ones to reduce their volume, which allows you to eat more of them.

May be overly restrictive for some people

By eliminating all animal-derived products, the vegan bodybuilding diet can be too limiting for some people.

Though the selection and availability of vegan food has grown rapidly in recent years, the diet can be seen as slightly monotonous, compared with the traditional Western diet.

Fortunately, the number of creative vegan recipes that can add life to the diet and keep it interesting is limitless.

The vegan bodybuilding diet usually includes many of the following foods:

With the rise in popularity of the vegan diet in recent years, nutrition supplements geared toward those following it have greatly improved in quality and taste.

One of the main supplements to consider is a vegan protein powder, which allows you to reach the protein intake levels recommended for bodybuilding while staying within a certain calorie range.

There are numerous vegan protein powders available, such as soy isolate, pea, hemp, and brown rice. It’s best to find a powder with several sources to ensure you’re getting all of the essential amino acids.

Another potentially beneficial supplement is a vegan multivitamin that includes sufficient quantities of the nutrients that the vegan diet typically lacks, such as calcium, iron, zinc, and vitamins B12 and D.

Some other supplements to consider are creatine and beta-alanine. These two well-studied compounds are naturally found in meat products and available in vegan-friendly varieties. They can play a role in energy metabolism and muscle gain.

While supplementing is not entirely necessary on the vegan diet, it can reduce the chances of nutrient deficiency and optimize the diet for your bodybuilding purposes.

The vegan bodybuilding diet tends to avoid or limit the following foods:

The rising popularity of the vegan diet has attracted attention from many individuals, including those in the bodybuilding community.

Following a vegan diet can provide several health benefits, although it comes with some drawbacks for bodybuilding, which should be taken into consideration.

It’s wise to consult your healthcare provider or nutritionist before starting a vegan diet.