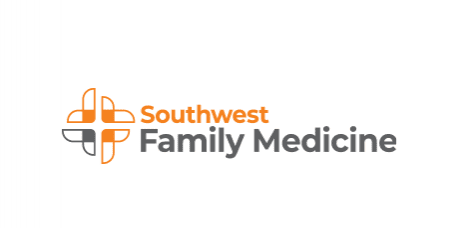 An estimated 1.1 million people in the United States have HIV. Whether you have HIV or you’re worried you have HIV, the services you need are available from Dr. Dharma and Dr. Ashitey at Southwest Family Medicine Associates. If you have any questions, please call our office or schedule an appointment online for compassionate medical care.

How is HIV transmitted?

The human immunodeficiency virus (HIV) travels through body fluids like blood, semen, vaginal fluids, and breast milk. It’s primarily transmitted during sexual intercourse when an HIV-infected person’s body fluids come into contact with their partner’s mouth, anus, penis, or vagina. You may also become infected with HIV if the virus comes into contact with a cut in your skin or by sharing needles when taking drugs.

You can’t get the virus by touching or hugging someone who has HIV/AIDS. You also don’t get HIV from contact with objects used by a person with HIV, such as dishes, toilet seats, or telephones.

Why is early treatment for HIV important?

HIV attacks and destroys cells in your immune system, called CD4 cells, that fight infections. If you don’t get treatment, the virus can gradually destroy the immune system and cause acquired immunodeficiency syndrome (AIDS).

Treatment for HIV consists of antiretroviral therapy (ART). When ART begins as early as possible — and the medication regimen is consistently followed — life expectancy for those with HIV is the same as the general population. Early treatment with ART improves the number of CD4 cells in your immune system and lowers your risk for developing AIDS.

What is pre-exposure prophylaxis?

People who don’t have HIV, but who are at a high risk for getting it, can prevent HIV infection by taking a daily medication. Pre-exposure prophylaxis (PrEP) is recommended for those who have a relationship with an HIV-positive partner, who have had unprotected sex with someone who has HIV, or who have a higher risk for any reason.

When you consistently take prophylactic medication, your risk of HIV infections goes down by as much as 90%. It’s much less effective if you don’t take the pill every day.

Make an appointment today to come in and see Dr. Dharma or Dr. Ashitey or get your PrEP care via telemedicine.